Some of the traps that poorer visualizations fall into are super common and as data visualization experts, we know to avoid them. However, sometimes they’re all too easy to fall for – I’m talking choropleth (or filled) maps that are colored by the number of COVID-19 cases, trend charts using logarithmic scales without indicating as such and using poor color choices. In an effort to take data that was relevant to me and visualize it in an effective manner, I’ve connected to data from the Missouri Department of Health and Senior Services. The result is the visualization below.

OK, so that’s the visualization, but here’s the how and – maybe more importantly – the why:

There are still some tweaks to do, but this will occur over time, as data changes and is added. I’m definitely open to feedback on this one, so let me know if you have any.

Bonus – here’s a quick snap of how I pulled all the data together, leveraging Tableau Prep Builder. I was able to join the population data from the US Census Bureau with the COVID-19 data from the Missouri Department of Health and Senior Services, do some quick calculations and output some very clean data sources. This is the most work I’ve done with Prep Builder to date, but found it to be pretty straight forward. There are definitely some places (documentation/annotation) that I would like to see improvements, but overall a pretty solid tool for what I was doing. 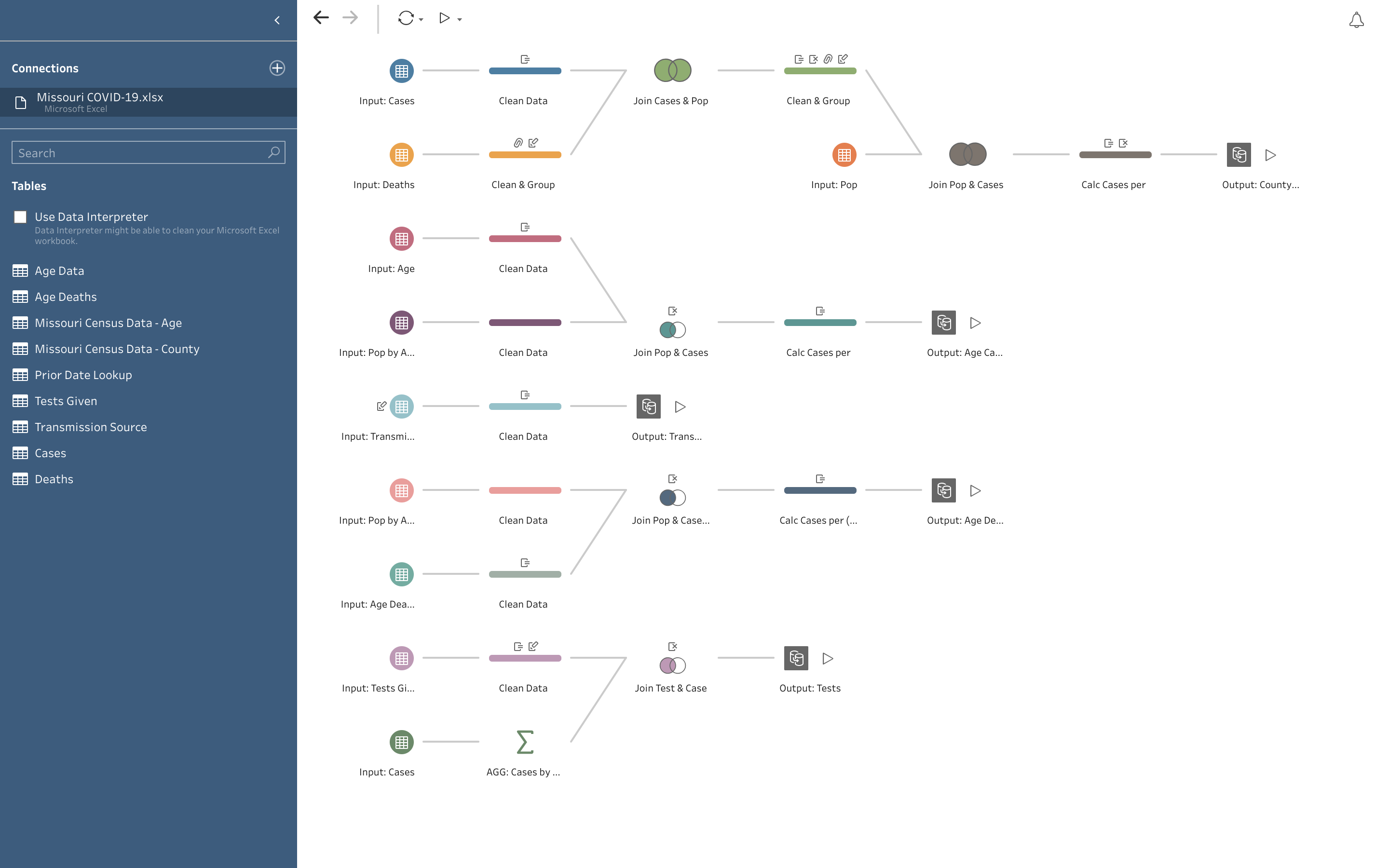